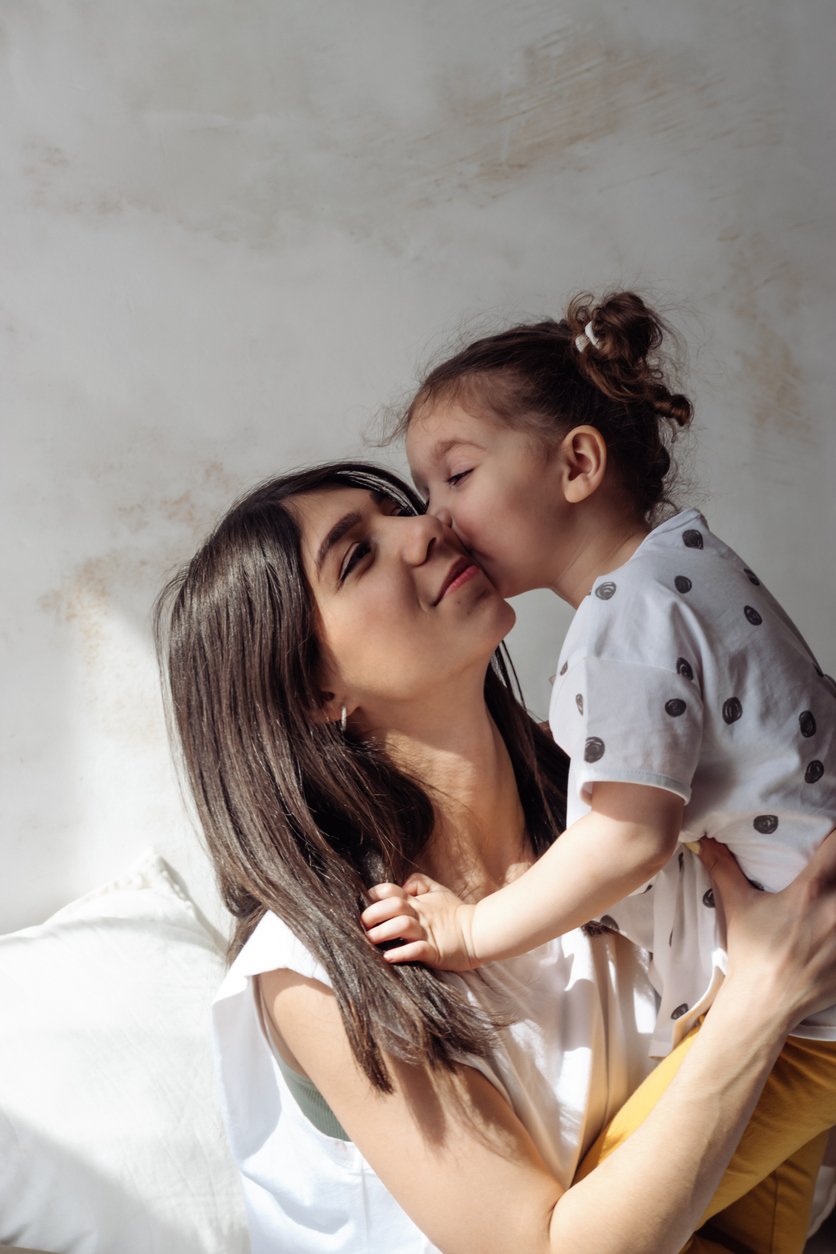 The family’s names and information have been changed to protect their identities.

Rosie was 2 years old when she and her mom, Maria, began therapy with WIN. Rosie is one of seven children. Rosie’s mom came to WIN for services because she had multiple traumatic experiences. Rosie and her family were in several car accidents, held at gunpoint in the community, and were at risk of being homeless after being evicted multiple times.

Rosie’s mom also went through her own traumatic experiences. Throughout her childhood, she was severely physically and emotionally abused. Later in life, she had depression and used drugs after experiencing domestic violence and having a miscarriage.

Her own mental health needs impacted her relationship and connection with Rosie. She often told Rosie not to cry because that was the message she was told as a child. From there, Rosie began having tantrums and engaging in aggressive behaviors.  These behaviors intensified because she did not feel safe expressing her feelings. This impacted her development and made it hard to cope with stressful and traumatic situations.

When Rosie and her mom started therapy, Rosie played by herself and did not want to be hugged by her mom.  She did not smile and often played alone at the farthest corner of their home.  Rosie’s mom did not play with her daughter because she did not know how to and often struggled with her own mental health.  There was noticeable physical and emotional distance in their relationship. Initially, Rosie’s mom was not able to talk about her daughter’s experiences because she learned to hold in her feelings and never spoke about the trauma she experienced in her own childhood.  It terrified her to have to recall and relive those experiences.

To strengthen Rosie and her mom’s relationship and work through her trauma, our WIN clinical therapist first supported Rosie in communicating her feelings, experiences, and needs by using her imagination and playing with toys.  We were able to see the world through Rosie’s eyes in ways that she and her mom could not communicate with words.

After Rosie and her mom began Child-Parent Psychotherapy, our therapy practice that we use, Rosie played out several traumatic experiences.  She often engaged her mom in a game of hide and seek where she always wanted to be found.  She even played out a home robbery in which a pretend family’s beloved pets were stolen.  Over the course of treatment, Rosie’s mom learned to overcome her own trauma by talking about her feelings and experiences in order to support Rosie.  This led to Rosie feeling safe to talk about her trauma in detail and finding her own solutions.

In the play about the pets being stolen, Rosie became her own superhero and returned the pets to the pretend family’s home.  After engaging in months of playing hide and seek, Rosie internalized her mom’s reassurance of feeling a sense of safety, protection, and love.  She would later tell the pretend characters in her play that “I’m here, I’ll find you, you’ll be okay, and we’ll be together.”  Eventually, Rosie stopped playing hide and seek.  She no longer played out needing to be found and to feel safe.

Through collaborating with the family’s case manager, Rosie’s mom found her voice to advocate for her family’s needs. She received utility and rental assistance during the pandemic when her work hours were cut.  She also eventually maintained a full-time job and secure housing.

Now, Rosie and her siblings have a place they call home. She also enjoys going to school, has many friends, and carries her favorite stuffed animal that helps her remember that she is always connected to her loved ones even when they are apart.  Rosie and her mom have a much closer relationship in which she often seeks her mom for hugs and comfort.